This short film was made in Russia in October 2015, by a small team of filmmakers who are passionate about sharing the culture of bhakti yoga with the world. It was shot on location in Moscow and Sochi, and profiles Jahnavi Harrison, who grew up with bhakti yoga and serves in the capacity of a kirtan (devotional call and response chanting) leader.

A couple weeks ago there was a gathering of Prabhupada disciples near Bhaktivedanta Manor, including the very special guest, HG Shyamasundara prabhu. They wanted to dedicate Nrsimha prayers to Agnideva prabhu's recovery and sang with so much love and sincerity.

We await further updates on his condition, but for now all is stable. Don't forget you can donate in support at www.gofundme.com/agnidevadas.

“A young man journeys to India & has to choose between the miracles he sees & life as he knew it.” 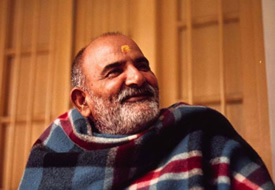 American Yogi is a film about events that sound like science fiction to the average Westerner, as it explores the spiritual wisdom of India which is now flowing westward.

Many believe that the wisdom of the east is a key if our planet is to continue being a healthy ecosystem for all earthly habitation.

The wisdom traditions need to be appealing to Westerners for them to pay attention. This film is inspiring, entertaining and FUN, and embodies the love which the movie is all about.

Please contribute to the Indiegogo Campaign to help get this film released! In addition to enjoying good Karma, there are other perks, too!

AWAKE: The Life of Yogananda 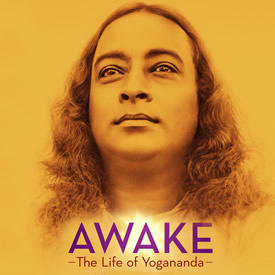 AWAKE: The Life of Yogananda is an unconventional biography about the Hindu Swami who brought yoga and meditation to the West in the 1920s. Paramahansa Yogananda authored the spiritual classic “Autobiography of a Yogi,” which has sold millions of copies worldwide and is a go-to book for seekers, philosophers and yoga enthusiasts today. (Apparently, it was the only book that Steve Jobs had on his iPad.) By personalizing his own quest for enlightenment and sharing his struggles along the path, Yogananda made ancient Vedic teachings accessible to a modern audience, attracting many followers and inspiring the millions who practice yoga today.

Filmed over three years with the participation of 30 countries around the world, the documentary examines the world of yoga, modern and ancient, east and west and explores why millions today have turned their attention inwards, bucking the limitations of the material world in pursuit of self-realization.

Archival material from the life of Yogananda (who died in 1952) creates a spine for the narrative, but the film stretches the dimensions of a standard biography. The footage includes stylized interviews, metaphoric imagery and recreations, taking us from holy pilgrimages in India to Harvard’s Divinity School and its cutting-edge physics labs, from the Center for Science and Spirituality at the University of Pennsylvania to the Chopra Center in Carlsbad, California. By evoking the journey of the soul as it pushes its way through the oppression of the human ego and delusion of the material world, the film creates an experiential immersion into the unseen realms. AWAKE is ultimately the story of humanity itself: the universal struggle of all beings to free themselves from suffering and to seek lasting happiness.

AWAKE: The Life of Yogananda 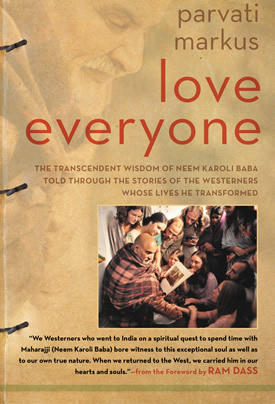 A celebration of Neem Karoli Baba, one of the most influential spiritual leaders of our time, the divine guru who inspired and led a generation of seekers—including Ram Dass, Daniel Goleman, and Larry Brilliant—on life-changing journeys that have ultimately transformed our world.

In 1967, Baba Ram Dass—former American Harvard professor Richard Alpert—left India to share stories of his mysterious guru, Neem Karoli Baba, known as Maharajji. Introducing idealistic Western youth to the possibilities inherent in spiritual development, Ram Dass inspired a generation to turn on and tune in to a reality far different from the one they had known.

From the spring of 1970 until Maharajji died on September 11, 1973, several hundred Westerners had his darshan (in Hinduism, the beholding of a deity, revered person, or sacred object). Those who saw him formed the Maharajji satsang—fellow travelers on the path. Love Everyone tells the stories of those who heard the siren call of the East and followed it to the foothills of the Himalayas. The ways they were called to make the journey, their experiences along the way, and their meeting with Maharajji form the core of this multicultural adventure in shifting consciousness.

The contributors share their recollections of Maharajji and how his wisdom shaped their lives. All have attempted to follow Maharajji’s basic teaching, his seemingly simple directives: Love everyone, feed everyone, and remember God. All have found their own way to be of service in the world and, in so doing, have collectively touched the hearts and souls of countless others. 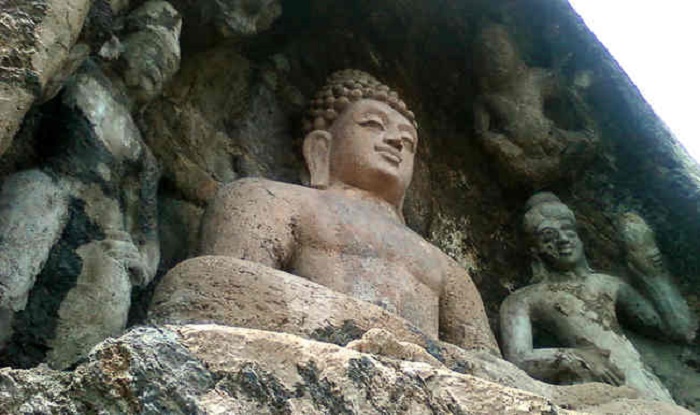 KANPUR: Villagers found several Buddhist sculptures, including a 100kg headless statue of Lord Buddha, during digging in a private farm in Mainpuri district on Monday.

Sources said that the sculptures and the broken idol of Lord Buddha belong to Kanishka's era. A farmer in Gwaltoli village found the statue while he was digging his field on Monday, said an official.

According to local experts, the Buddha statue is carved out of a yellow stone and weighs around 100 kg. It was found along with 11 other small and big idols from the fields of one Manoj Yadav in Gwaltoli village.

"As the statues are precious, we have informed senior officers who would contact the officials of Archaeological Survey of India (ASI) so that they are properly preserved," SHO Kotwali told TOI on Tuesday.